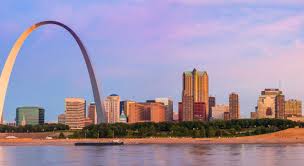 In action Wednesday, the Senate Health and Pensions Committee opened debate on a series of pro-business proposals that would put roadblocks in the way of county officials seeking to close businesses or religious services during a public health emergency.

The legislation came in response to outcry from churches and businesses that have been shuttered in the past year because of COVID-19 restrictions.

“Shutting down our economy won’t eradicate the virus,” said Sen. Andrew Koenig, R-Manchester. “It’s my choice if I want to risk getting COVID. No one is forcing anybody to stay home.”

“I think there’s this illusion on the part of politicians that we can somehow control this,” said Sen. Bob Onder, R-Lake Saint Louis. “Many of these were irrational and arbitrary rules.”

The effort in the Missouri Legislature, however, appears to run counter to Republican Gov. Mike Parson’s decentralized approach to combating the pandemic, in which he has put the onus on local governments to enforce stay-at-home orders and mask requirements rather than issue a statewide mandate.