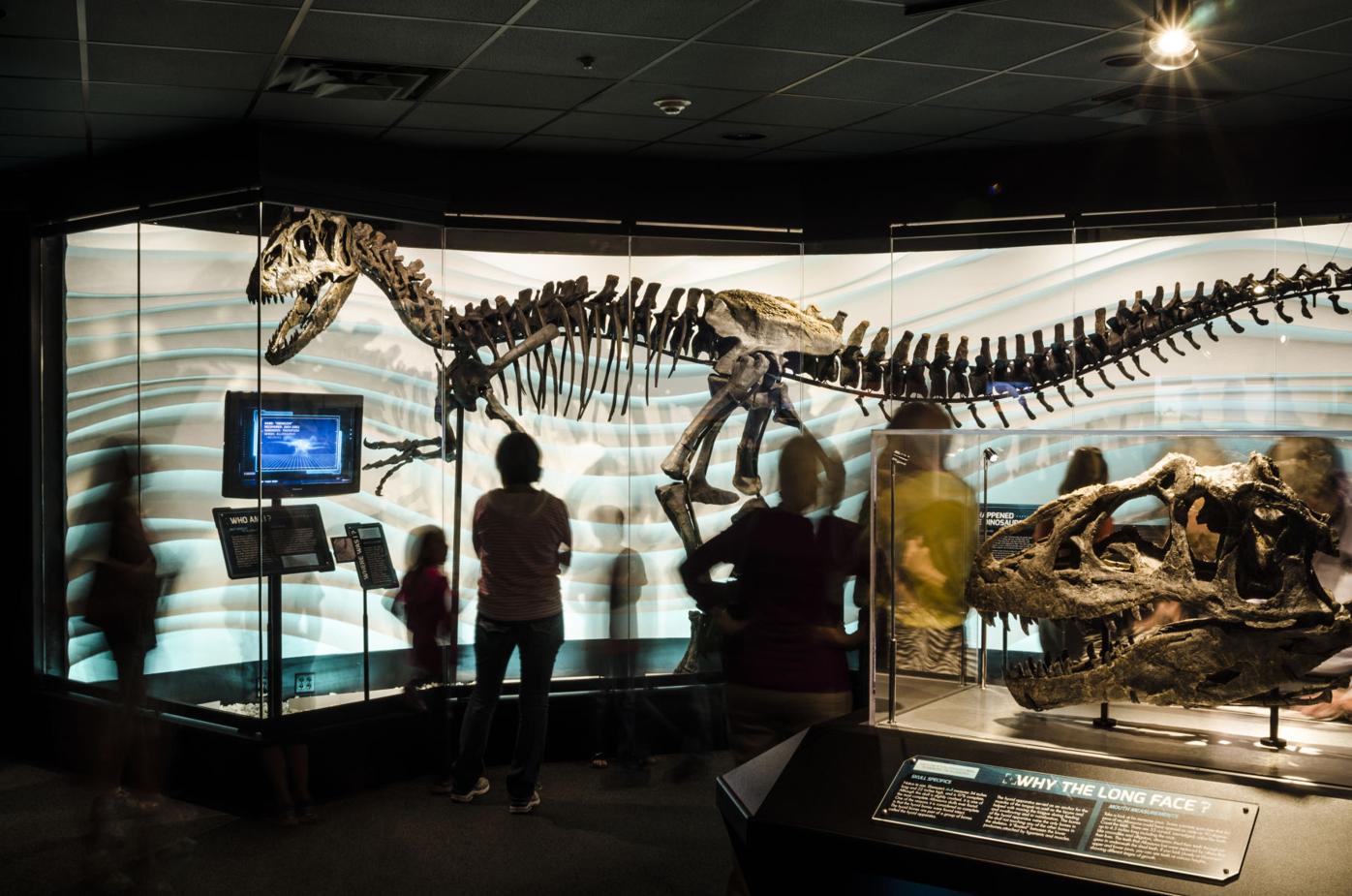 Greeneville Sun
by: By William Trollinger and Susan L Trollinger University of Dayton

Summer travel in the United States has slowed but not stopped due to the coronavirus pandemic.

Among those destinations that have recently reopened is, as of June 8, is the Creation Museum, a museum dedicated to promoting the Biblical story of Genesis as historic and scientific fact.

More than this, the Creation Museum offers a window into the ideas and workings of the American religious right.
ADAM, EVE AND THE DINOSAURS

Evangelical Christians make up approximately 25% of the U.S. population. A majority of them think the Bible should be read literally and that evolution is false.

The Creation Museum, about which we wrote a book in 2016, promotes a very specific version of this belief, which holds that God made the universe in six 24-hour days about 6,000 years ago.

The first four chapters of the book of Genesis tell the story of Adam and Eve, who were created on the sixth day and given two jobs: to obey God and populate the Earth. When they disobeyed God and ate fruit from the tree of knowledge, they were banished from the Garden of Eden and became mortal.

Adam and Eve did better on their second assignment, though. Eve gave birth to two sons, Cain and Abel, and, according to the Creation Museum, to a daughter who later became Cain’s wife.

According to Genesis, humans eventually became wicked and violent. In response, God sent a global flood that drowned everyone on the planet; the Creation Museum says the dead numbered in the billions.

Only righteous Noah and his family were saved. They, along with some animals — including, according to the Creation Museum, dinosaurs — were safely housed in the ark that God commanded Noah to build.

Since opening in 2007, the Creation Museum has told this story — with an abundance of dinosaur displays and life-size dioramas of the idyllic Garden of Eden — to more than 4 million visitors.
BIBLICAL INERRANCY

Creationism is a central tenet of Protestant fundamentalism, an American evangelical movement that has its roots in the late 19th century just as Darwinian evolution was undermining the story of Genesis.

Around that same time, scholars were also asking substantive questions about who actually wrote the 66 books of the Bible, noting some of its apparent inconsistencies and errors and observing that some of its stories — including that of the giant flood — seemed borrowed from other cultures.

Some conservative evangelical theologians, appalled by the undermining of biblical authority, responded by creating the notion of biblical inerrancy. In this view, the Bible is without error, clearly written and factually accurate — including when it comes to history and science.

The fundamentalist movement emerged in 1919, holding to biblical inerrancy and creationism. They did, however, accept geologists’ assertions that Earth was millions or billions of years old, based on its many layers of rock.

As such, fundamentalists understood God’s six “days” of creation to refer not to 24-hour days, but to eras of indeterminate length.

This posed a problem for biblical inerrancy. If the Bible is best understood literally, how can a “day” be an era?
RECREATING EARTH

In 1961 Bible scholar John Whitcomb Jr. and engineer Henry Morris came to the rescue with their book, “The Genesis Flood.” Borrowing heavily from the Seventh-day Adventist George McCready Price — who had spent decades defending his own faith’s belief that God created Earth in six days — Morris and Whitcomb argued that it was Noah’s flood that created Earth’s layers.

In this theory, the planet’s geological strata only give the impression that the Earth is ancient, when in fact these layers were created 6,000 years ago by a global flood that lasted a year.

Young Earth creationism spread through American fundamentalism with astonishing speed in the late 20th century. Among the many Christian organizations established to advance these ideas is Answers in Genesis, or AiG. Founded in 1994 in Petersburg, Kentucky, AiG is a young Earth creationist juggernaut, producing a flood of creationist books, videos, magazines, school curricula and other print and digital materials each year.

As we document in our book, AiG is also heavily invested in the white evangelical right-wing politics that in 2016 helped secure the presidency for Donald Trump.

The 75,000-square-foot Creation Museum, located next to AiG’s main office and down the road from its giant replica of Noah’s Ark is the jewel of AiG’s close to $50 million in assets.
CREATIONIST SCIENCE

Though the Trump administration derides science and scientists, AiG chief executive Ken Ham claims to be a fan.

In a 2014 debate with Bill Nye, popularly known as “the science guy,” that has been viewed nearly 8 million times on YouTube, Ham said the word “science” 105 times — twice as often as Nye. “I love science!” Ham insisted.

But contemporary mainstream science is defined by its use of the scientific method, in which scientists formulate a hypothesis, conduct experiments to test that hypothesis and then confirm or deny it.

By contrast, creationists begin with a conclusion — that the universe is 6,000 years old — then seek evidence to confirm it. Contravening facts, such as radiometric dating that shows the Earth to be 4.5 billion years old, are rejected.

The Creation Museum’s presentation of an impressive skeleton of an Allosaurus, donated by neo-Confederate Michael Peroutka, is a good example of creation “science.”

This exhibit explains in great and seemingly accurate scientific detail that the Allosaurus’s skull is 34 inches long, 22 inches high and has 53 teeth that are about 4.5 inches long, if you include the roots.

Then it states that this Allosaurus perished in Noah’s flood. Those scouring the placards for empirical evidence that dinosaurs scrambled up a hilltop to escape the rising waters will come up short.

Mainstream geologists and biologists will probably find the Creation Museum more frustrating than educational. But for those hoping to better understand the divides of modern American society, the museum is illuminating. It shines a light on the worldview held by a segment of the U.S. population with significant economic resources and political connections at the highest rungs of power.